cancel confirm NSFW Votes: (0 votes)
Are you the publisher? Claim or contact us about this channel.
0
Showing article 958 of 977 in channel 12015318
Channel Details:
Viewing all articles
Browse latest Browse all 977
0
0

One of the most noble professions in Nigeria today is comedy. It started in form of a folktale, story telling and moonlighting; and later metamorphosed into what is generally referred to as “gbogbo elere” (all purpose musician)  that assists in making public events lively and funfair. In an unexpected turn, these comedians formed a formidable team and decides to expose Nigeria audience to modern comedy by advancing what used to be moonlighting in those days to what is called “nites of a thousand laughs” and thus it gained acceptability from the people  – old and young, rich and poor and became a household profession.

Further to this is the revelation by medical experts that laughing is the best theraphy that prolongs life, cures hypertension, relief from stress and many other outstanding qualities. This style of entertainment deals with creativity and has now served as major a source of income to these comedians, who are now scattered across the country, Africa and some western countries and noted for their creativity and professionalism; thus amassing wealth. Richest among the Nigerian comedians are:

if you call this man the king of modern comedy in Nigeria, it’s not mistake, likewise if he is described as foremost modern comedian, you are still very correct; while rating him as one of the richest comedians is still on point because he is extraordinarily rich considering several factors, for instance, his landed property at Lekki, Lagos State is worth N300million.

Don’t be scared, Ali Baba will not charge you too much  in any of your function, just that his fees fall between N4million and N5million per appearance. The Nigerian big man, modern comedian makes an average of two shows per week, giving a run down of close to N400million per month and he makes about N5 billion from comedy every year.

Do you know that the slim, tall and outstanding entertainer, Francis Agodi, popularly known as “I go die” is a United Nations Ambassador? The real Estate Manager is worth over N2 million in any showbiz, and he is very common in most influential shows and ceremonies across Nigeria, making an estimate of about N500 million for him every year.

He has lots of landed properties, exotic cars and owns a conglomerate chain of businesses across Nigeria.

a replica of the name in the “Hints magazine”, a popular soft sell love magazine, where the character bugs people and social ills in a very amusing way. He is an Ambassador to many bluechip companies in Nigeria like Amstel Malta, globacom and gulps about N120 million from these corporate bodies. He can be said to be among the top three richest comedians in Nigeria as he gets about N2 billion from his shows annually within and outside Nigeria. Though, this is not to say that other entertainers does not present outside the shores of this country. Majority of them are known across the globe.

entertainment wizard and the Chief Executive Officer of Real Laff Entertainment industry, . He is the publisher of the book, “Jokes Apart”, that fetched him over N20 million, while the organisation of various comic events like “Crack Your Ribs” and “Laugh for Christ’s Sake” gulped about N140 million for him every year. Each of Julius Agwu’s entertainment also provide for him about N3 million per performance, giving him a fiscal accomplishment of about N2 billion every year. He also  has a modern sophisticated studio and several landed properties across the country. 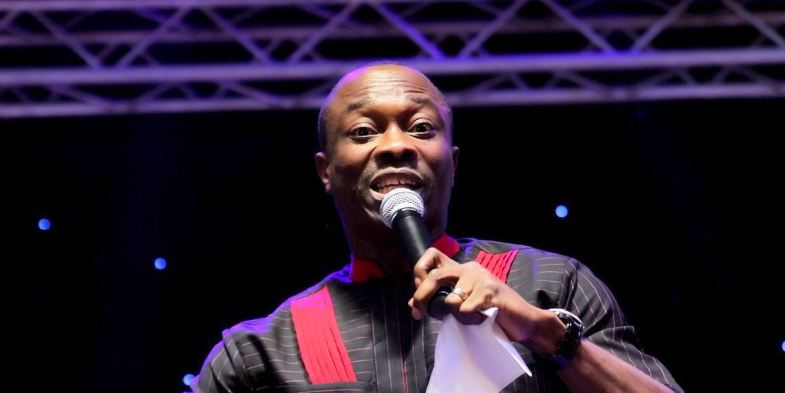 Making it in the story telling business is also a global comedian, Ay, who makes over N160 million in his yearly show. For a show appearance, Ay is paid about N2 million, which enables him to make over N800 million from entertainment yearly, aside from specially organised events. He as well has several landed properties. Others that also make several monetary value through modern comedy are Seyi Law, Okey Bakassi, Yaw, Bovi and Tff-A. Though, it can be said that they are not as rich as the afore – mentioned but they have several landed properties in and outside Nigeria.