cancel confirm NSFW Votes: (0 votes)
Are you the publisher? Claim or contact us about this channel.
0
Showing article 960 of 977 in channel 12015318
Channel Details:
Viewing all articles
Browse latest Browse all 977
0
0

Although most Monarchies across all sub-divisions and sub-regions around the world are without much power and enjoys mostly a ceremonial role, a figure head that symbolises and embodies all that is aesthetic in the culture of a people. Some due posses real power and control to even rival the state governments.

Here is a list of top 10 most powerful Monarchs in Nigeria.

Oba Adeyeye Enitan Ogunwusin Ojaja II, is the Ooni of Ife and one of the most powerful monarchs around. He is young and very popular amongst his people and holds a huge influence on them. As the paramount traditional ruler of Ile-Ife, he occupies a seat that stretch directly to Oduduwa (A demi-god in the yaruba traditional folklore) in the ancestral home of the entire yaruba people.

Idakwo Micheal Ameh Oboni II, is the current Attah and traditional ruler of the people of Igala land in the middle-belt region of the country [Kogi state]. He is immensely popular, so influential and so powerful within his community that what he says is without question. He is almost the defacto guarantor of those seeking public positions from his region. He is the son of perhaps the most charismatic Monarch to have ever lived in the country; [HRM] Ameh Oboni.

Attah Idakwo Micheal Ameh Oboni II, was born in 1949 and ascended the throne after [HRM] Aliyu Obaje on 27th April 2013.

Alfred Nnaemeka Achebe is the current Igwe (obi) and traditional ruler of Onitsha. A robust and vibrant commercial center in the south-eastern part of Nigeria (Anambra state). This position and office is one of the most hotly contested in the whole of Nigeria whenever there is a vacancy because of its reach and power inside and outside the state and coupled with its strategic location in one of the most popular commercial centers in Nigeria, gives him huge influence over economic activities within and around the nation. 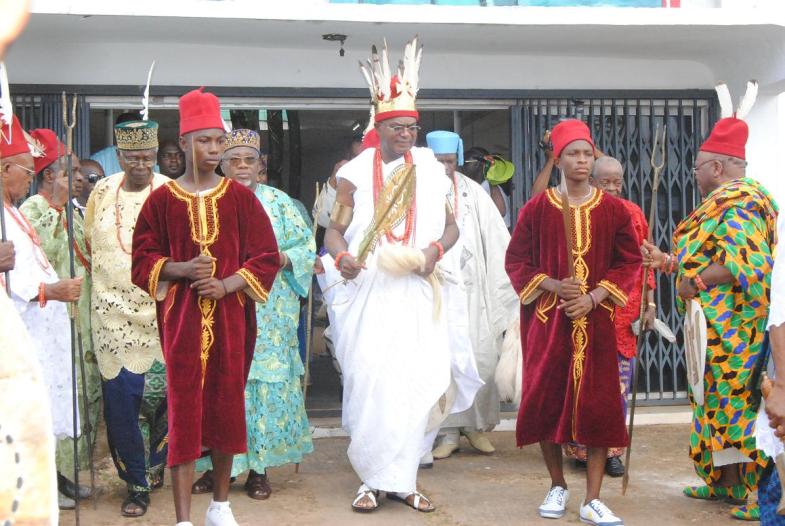 Yahaya Abubakar Kusodu Nupe is the current Etsu and traditional ruler of all Nupe speaking people (Niger state). His influence and power is so wide that he is actually pushing for the creation of a state {The Edu State} to form a homeland for his people.

Etsu Yahaya Abubakar was born on 12th September 1952 and ascended the throne on 11th September 2003 after his uncle [HRM] Alhaji Umar Ndayako.

Rilwan Akiolu is the Oba of Lagos. He has so much influence in the state’s political terrain that he is vigorously consulted by all seeking public positions and in the 2015 general elections, he swore that nobody should go against his will. In addition to this, he is sitting on the throne of the largest commercial center in Nigeria.

Oba Rilwan Akiolu was born on 29th October, 1943 and came to the throne on 9th August 2003. He succeded [HRM] Oba Adeyinka Oyekan. 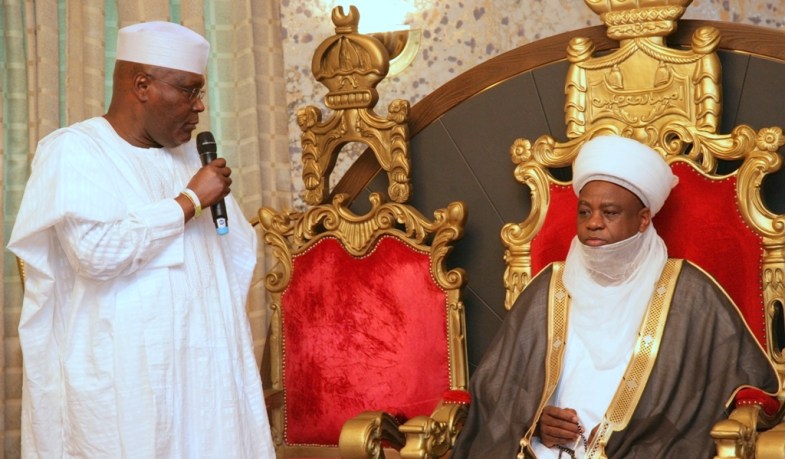 Omo n’Oba Akpolokpolo Erediauwa 1, is the traditional ruler of Edo people in Benin city of Nigeria whose vast power and influence within and without his state can easily be guaged from his various interventions and peace-making efforts in regional and local disputes which includes that of Abia state governor Orji Uzor Kalu and Tony Anenih of the People’s Democratic Party (at the time, he was the chairman of the party).

Lamidi Olayiwola Adeyemi III, is the Alaafin and traditional ruler of Oyo. Having been in that office since 1970, is one of the longest serving monarchs around. He had worked with Murtala Ramat Mohammed and Ibrahim Babangida [both former heads of state] in the past. He is very powerful within his state and amongst his people and until recently was the leader of the Council of Obas and Chiefs in Oyo state.

Benjamin Ikenchukwu Keagborekuzi I, is the Dein of Agbor and traditonal ruler of the people of Agbor kingdom (in Delta state of Nigeria). So powerful is this monarch that he was crowned king at the age of 2 years 4 months. Beating the Guiness Book of World Records as the youngest Crowned King (Monarch) anywhere in the entire world and whole universe in 1980. On top of this, he secretely married a white woman around 2015 and when he was rebuffed by his people and palace chieves as a taboo, he declared he has every right to do as he pleases. He and his entire story is that of a charmed life. He is absolutely enamoured and beloved by his people. He is the youngest University Chancellor anywhere in Africa.

Benjamin Ikenchukwu was born on 29th June 1977 and he ascended the throne following the sudden demise of his father (HRM) James Obika Ikenchukwu in 1979. He is the 16th Dein of Agbor.

Amirul Mumineen Sultan Muhammadu Sa’ad Abubakar IV, is the Sultan of Sokoto. Popular as the “Seat of the Caliphate” and a highly exalted office which has the unique position as the leader of the entire muslim population in Nigeria {about 70 million}, this Monarch has a lot of fire power and enjoys a huge following from his people. Enabling him to have a major say in the construct of the political domain in his state and a force in the nation.

Sanusi Lamido Sanusi is the current Emir of Kano and ruler of over 10 million passionate indigenes of Kano (he wields enormous amount of power due to the shear loyalty of his people) who are genuinely at his beckon call. This position is highly regarded and respected by the people of Kano and such is his influence that he can command more followers than the top ranking officers at any tier of the government (federal, state and local government) at any giving time, in any giving day (including the president). Aside the direct influence the monarch enjoys from his people, the office sits on one of the largest commercial centers in Nigeria. These, alongside his distinct position as the spiritual leader of the people of Kano and remarkable achievments and pedigree as an economic genius makes him the most powerful Ruler and Monarch in the country. In 2011, The Time Magazine named him one of the most influential people on the planet.

The post MOST POWERFUL KINGS IN NIGERIA appeared first on Aphroden.com.