cancel confirm NSFW Votes: (0 votes)
Are you the publisher? Claim or contact us about this channel.
0
Showing article 931 of 977 in channel 12015318
Channel Details:
Viewing all articles
Browse latest Browse all 977
0
0

Ask people what their favourite phone of all time is and chances are you’ll get a wide variety of answers, with a select few being chosen by many people. Everyone has a particular device they remember, but what devices changed the way we use our phones forever?

New phones are shipped out annually but think back and youll find that there are some phone you just never forget owning or wanted to have, phones that paved the way for todays Galaxy Edges’ and iPhone 6’s.

obile industry as we know it.

1. Nokia 3310. Still the Baba of all phones till today for: Durability and Battery Life

When it comes to mobile phones, very few are as iconic as the Nokia 3310. Simply put – you either had one, or you know someone who had one. In fact, you probably had one – just about everyone had either the Nokia 3310 or the Nokia 3210. These were the phones that made Nokia the mobile phone king. 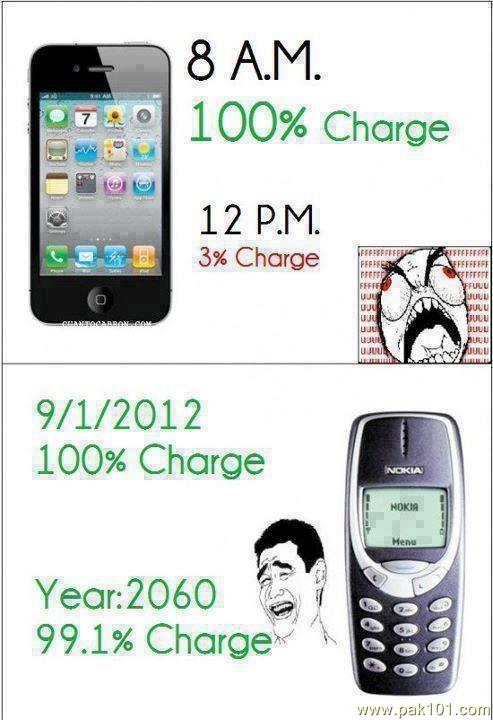 The handsets brought Nokia’s XpressOn Covers and the iconic game, Snake (as we know it, with the image of a snake) and permanently changed what we considered to be a mobile phone. Built like a brick with a battery life that people crave today, the Nokia 3310 was the first mobile phone to radicalise an entire industry.

2. Motorola RAZR V3: Still as sexy and sleek as any new-generation phone, this one was for the Big-Boys

Where the 3310 made Nokia, the RAZR V3 made Motorola. Before the V3, the concept of a slim phone was alien and even the 3210 and 3310 were bricks compared to this ultra-slim metal-clad mobile device.

The design proved so popular that Motorola continued using it for years and not only was it ultra-slim, but it proved that flip phones could be cool. It forced Motorola’s rivals to reconsider what could be possible with mobile design and brought about an era of manufacturers attempting to make sexy smartphones.

3. Nokia N95 : You wanted this because you could watch DSTV on it

There’s a pattern here and for good reason; Nokia, Motorola and RIM (now known as BlackBerry) were the undisputed kings of the mobile phone industry. The smartphone industry is an entirely different kettle of fish, as you’ll see below, but the Nokia N95 began defining what it meant to be a flagship smartphone.

Nokia’s N95 takes its place on this list for one reason and one reason alone; it heralded a fiercely contested battle (that still rages today) about mobile cameras and gave birth to an entire market devoted to cameras for mobile devices. Add in the cool design, powerful (for its time) OS and tons of neat tricks, the N95 was another device that sold in the tens of millions and is iconic for so many people.

It might be difficult to imagine BlackBerry ruling the mobile scene but, truth be told, it wasn’t all that long ago when everyone – from the coolest kid in the club to the suits on the trading floor – seemed to be using a BB. That trackball and QWERTY keyboard were what people used to BBM one another. And it was cool back then. Now? Nobody gives a damn about BBM. It’s tragic how swiftly the BlackBerry name has become synonymous with irrelevance.

Before the Sony Xperia series of today, there was the W line. The W800 was the first of this Walkman-branded series of music phones and supported a massive 2GB of external memory for storing all the shots you took with its 2MP camera. The music pedigree meant that it played MP3 and AAC files, a very important thing in the past before music streaming services started sprouting up in every corner of the internet.

Let’s be completely fair – it wouldn’t be an iconic phones list without the iPhone. However, unlike other lists, we’re not talking about the original Apple iPhone here. In my personal opinion, the iPhone 3G deserves the plaudits, as it fixed a few basic bits of functionality that were missing from the original iPhone and added a feature that defines smartphones: the App Store.

The rest… is history
Before the App Store, the concept of applications was a myth to most but within six months, it was legendary. When the App Store launched in July 2008, it offered 552 apps but this had swelled to 15,000 apps by January 2009 (when the App Store hit its 1 billionth app download). In September, there were 85,000 apps from 12,500 developers and the App Store had hit 2 billion downloads. The rest, as they say, is history.
The first iPhone also introduced the concept of a touch-friendly OS, unlike RIM and Nokia who had attempted to make non-touch platforms friendly for the new trend of touchscreens. Indeed, Google had been planning a BlackBerry-like platform for its devices but went back to the drawing board after it saw the iPhone; Android was born and it set off down the path towards world domination.

The Galaxy Note is iconic for one main reason; it invented the phablet industry. The current trend in the market is for big screen devices but before the Galaxy Note, a 5.5-inch display would have been ridiculed. The Galaxy Note showed that it was possible, it was what customers wanted and out of nowhere, Samsung began on its own journey towards domination.

Adapted from: stuff.com and Mashable.com

Note: There is a poll embedded within this post, please visit the site to participate in this post's poll.

So there you have it, those are some of the most memorable phones from yesteryear, which of these have youyu ever owned and what did you like most about it?

Let us know in the comments section below

The post 8 Iconic Phones Everyone Had or Wanted to Have appeared first on Aphroden.com.